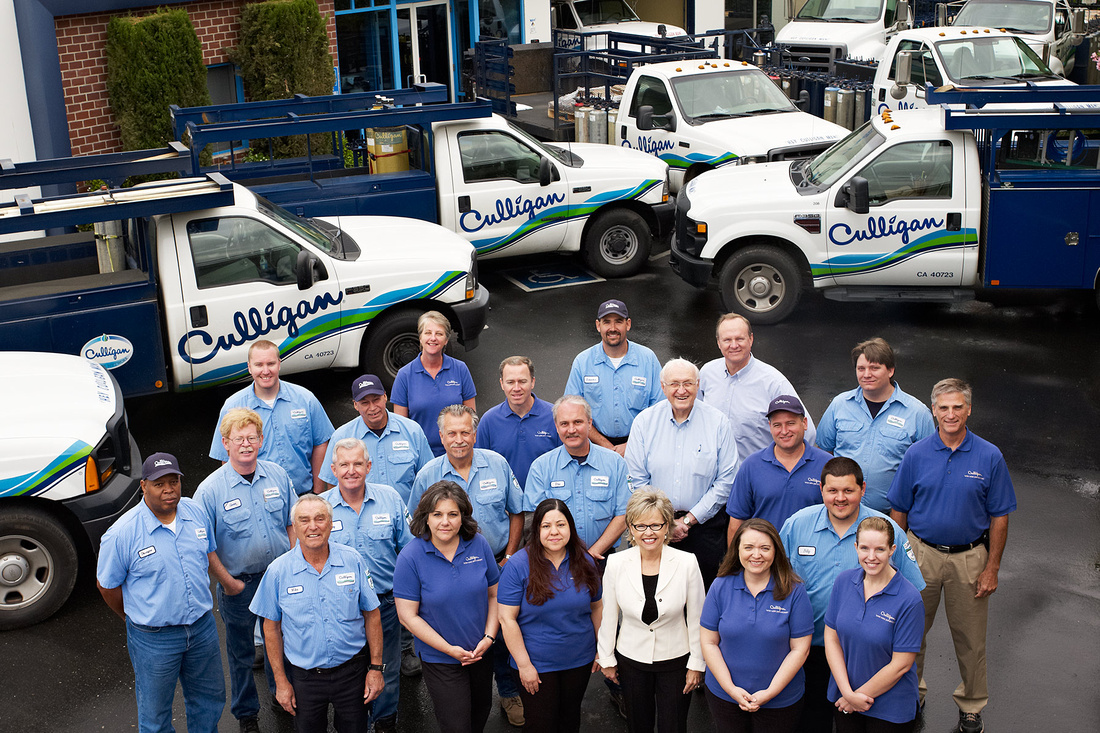 We had the great opportunity to collaborate with a small local Sacramento franchise; Culligan Water. During our scouting we decided on what was going to work the best for exactly what we needed. The day of the shoot started early; the Culligan drivers arrived with their sparkling clean trucks and we positioned them in such a way that we could portray Culligan’s logo several times with in the image. We also hosed down the asphalt before the trucks arrived to give the ground a more visually pleasing dimension. Along with the equipment we wanted to show Culligan’s great staff in a group portrait of 22 of their employees. With the equipment and staff composed just the way we wanted it the photograph really took shape and the final product was fantastic. The challenges where great for this shoot, but with the collaboration of everyone involved the final group portrait was exactly what Culligan was looking for and we were happy to deliver.